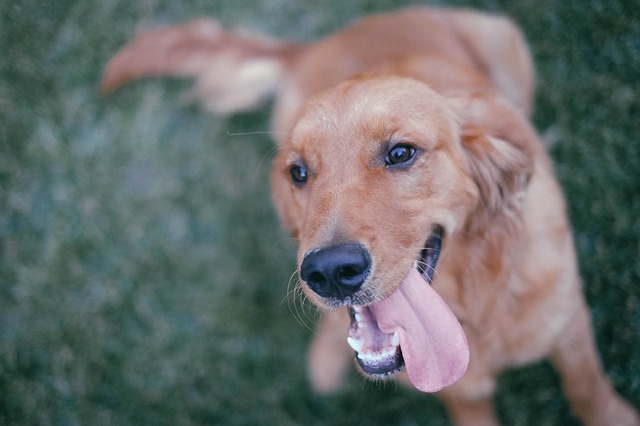 I’m sure some of our readers are pet owners. Actually, I’d be willing to bet that quite a few of them are. Personally I’m a dog owner and a dog lover. I love all pets to be honest, but dogs are just the perfect house animals for me. I love their personalities. I love how they greet me when I come home for the day, and how when I’m feeling down they’re just so happy to see me.

Recently, Eric and I decided that we wanted to give our dog Alfredo a better place to run around outdoors. We live in a rather suburban neighborhood and have a decent sized yard, so it’s not entirely practical to enclose the whole lot with a fence to keep Alfredo from running off and scaring the neighbors. He is a large golden retriever after all.

We often take him for walks and we even put him out on a leash from time to time, but we felt bad that he never really got to run around and enjoy the outdoors unless we made a trip to the park, which admittedly is rare with our busy schedules. We got the idea to install an in-ground fence from one of our neighbors who has one for their dog and swears by it.

We started looking around and found this great website that helped us understand what we were looking for. At their recommendation we ended up purchasing the Extreme Dog Fence from Amazon. I was happy to see that it was a American Made product owned and operated entirely in the United States. That’s just something you don’t see very often any more, and as one who thinks manufacturing in China could potentially have it’s downsides, it was an additional plus for me.

A few days later our Extreme Dog Fence showed up at our doorstep. We opened the box and took a look inside. It seems like the system is very well made, but much to Eric’s dismay there was quite a bit of work ahead of us (read: him).

Hooking up the system is rather simple, but actually installing the boundary wire meant digging up the grass in a trench, laying the wire inside, and replacing the grass as to not harm it. As I said, we have a bit of a large yard so this took Eric the better part of a day. It looks like they actually make some GPS models now that are quite a bit easier to set up… But let’s keep that between you and me ;). He got it done though, as he always does. He’s a trooper!

We’re now in the process of training Alfredo to be used to the system. It came with some marker flags that we put in the ground along the boundaries, in theory they’re supposed to help Alfredo get a feel for where he can and cannot go. He simply didn’t get it at first and did get shocked a few times. I felt horrible, but he seemed relatively fine much to my surprise. It’s been two weeks since we started using the system, and he seems to be getting the hang of it now. The kit says we can remove the marker flags once he’s trained, so we’ll see how that goes.

Granted we’re just getting started with the in-ground fence, but I really think this is going to work out quite well. When I get home I can just put the collar on Alfredo and let him out, and he can run around unattended until the sun goes down. I feel much better about how much time he gets to spend outside. Plus, rather than spending so much time going for walks I’m able to enjoy another glass or two of wine in the evenings. Talk about a win-win!